3a State Mine Gully Road Lithgow 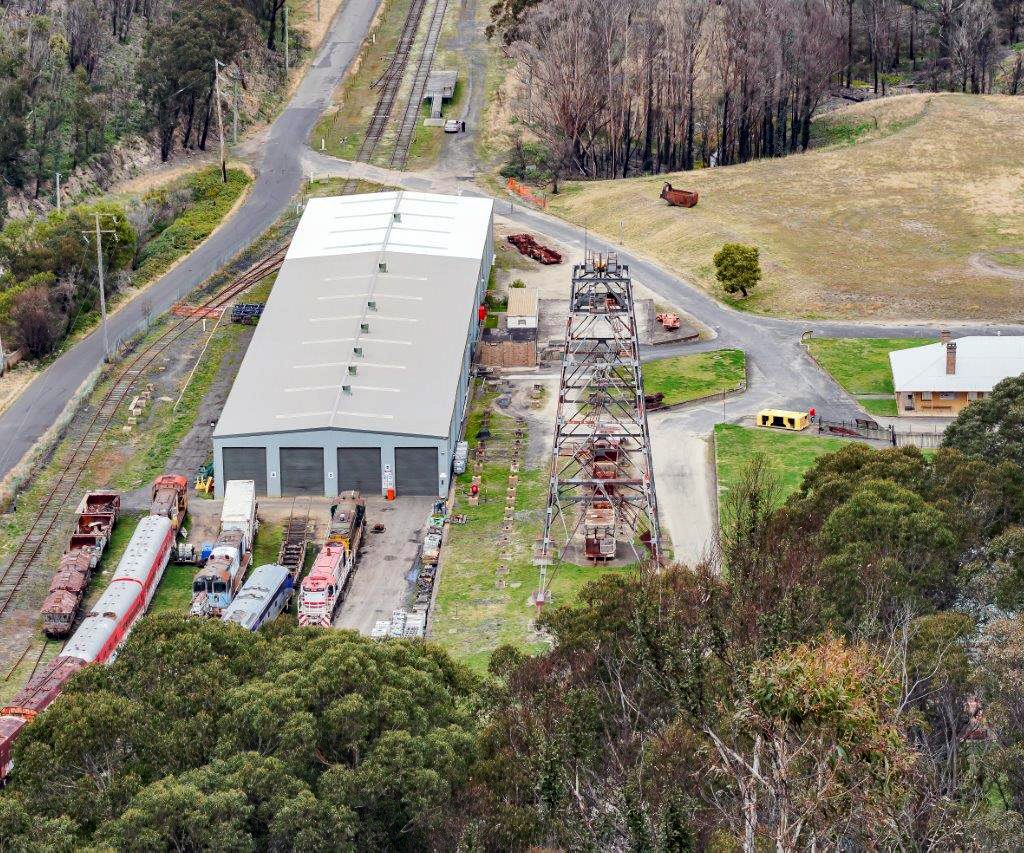 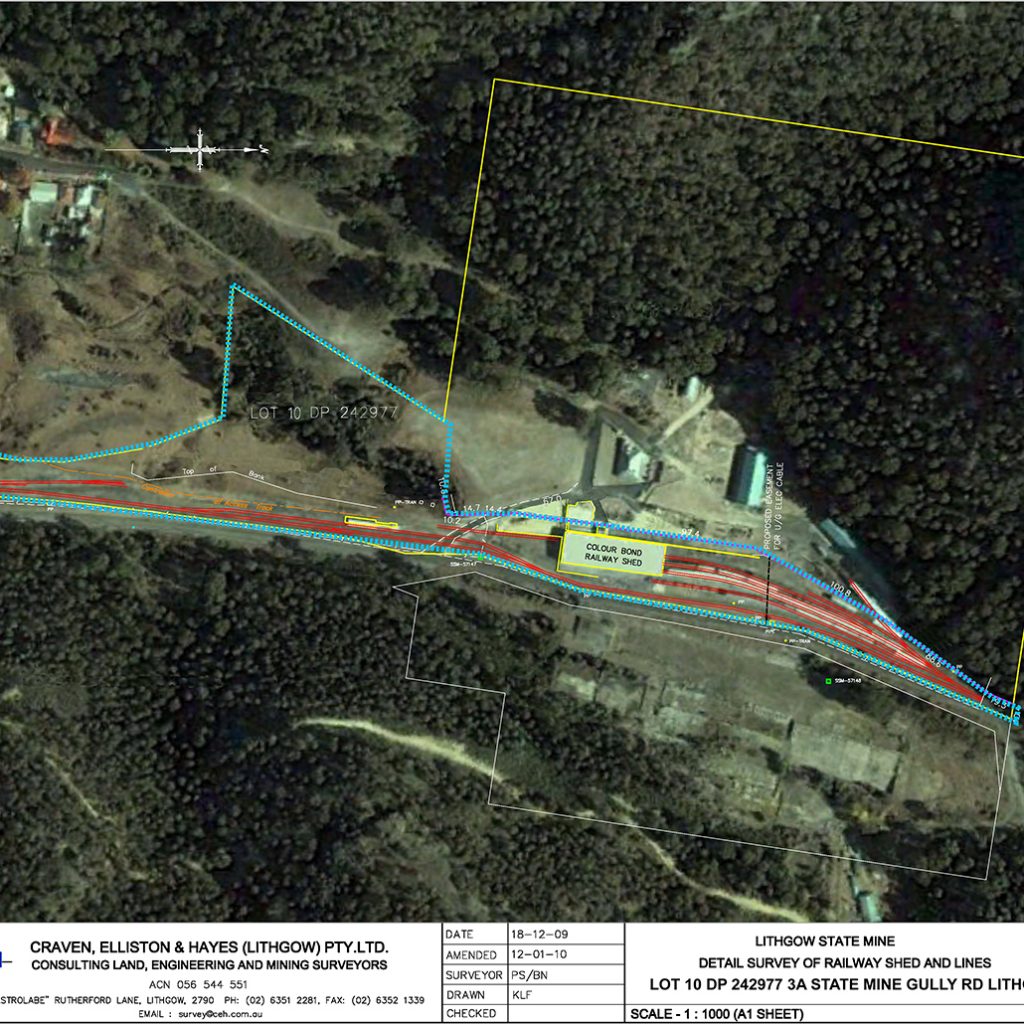 COC Limited is set to become the owner of (Lot 10) commonly known as 3a State Mine Gully Road, Lithgow in coming months when the land transfer is completed. An agreement was reached 10 years ago between the Greater Lithgow Mining Museum and the Lithgow State Mine Railway Limited to hive off the railway corridor from the rest of the Mining Museum holdings through a sub division of the existing block. Despite a few hurdles which were overcome in the Courts the block will pass to the Lithgow State Mine Railway Limited initially then onto COC Limited from which it will be managed with the rest of the property either owned or under licence to the Company. 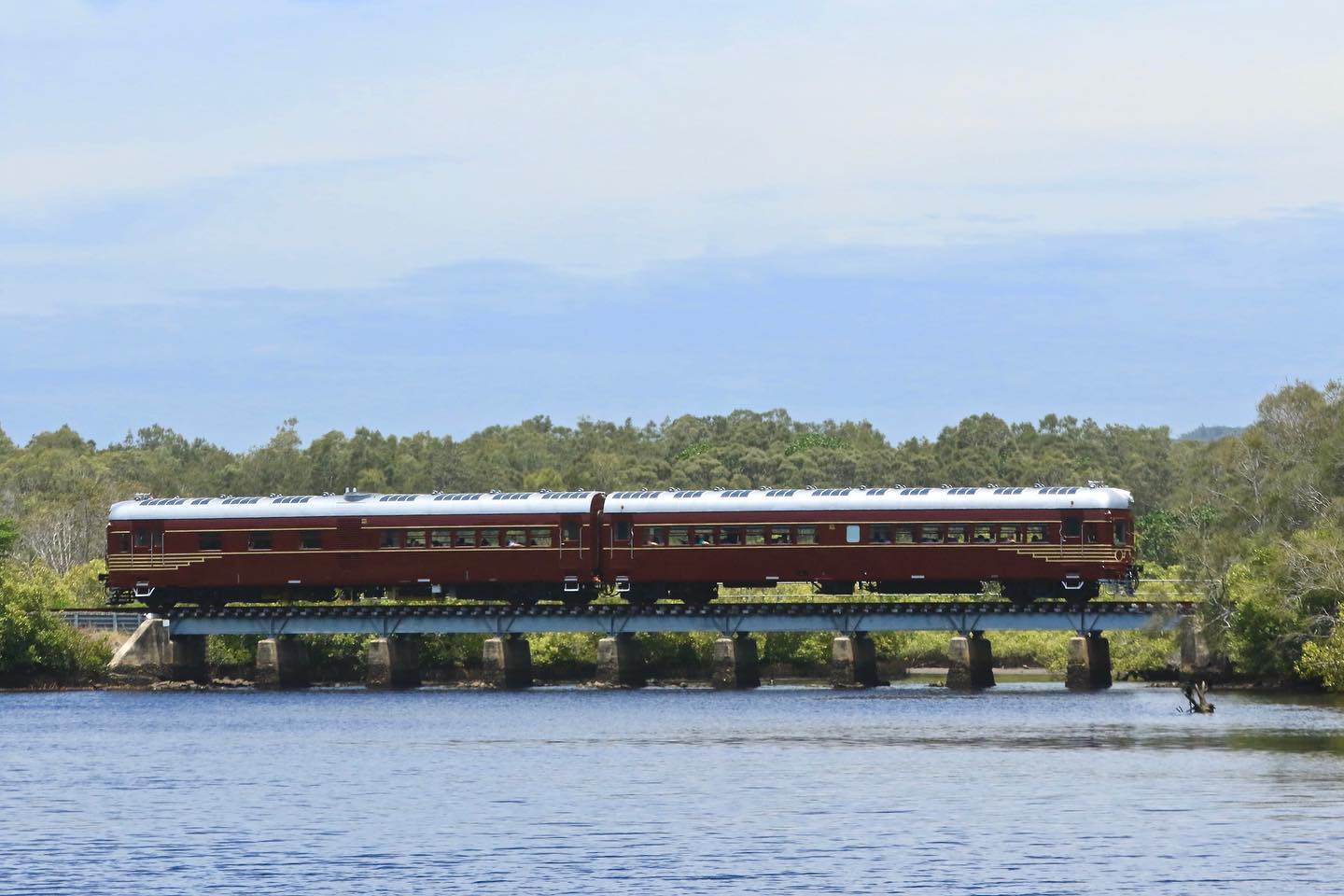 661/726 are former NSWGR 620 Class Diesel Railcars built in the late 1940s. This series of cars usually operated as permanently coupled two car sets and were to be found in service throughout the length and breadth of NSW for many years. 661-761 were one set of a group of five railcar to be upgraded in the late 1980’s and were recoded as 660 class. 661-761 were purchased in 1995 together with another set by the Lithgow State Mine Railway for use on its branch line. Restoration of the cars mechanically had begun in 1999 but unfortunately trailer car 761 the original partner to power car 661, was damaged beyond repair in a fire which broke out in the storage shed at State Mine in 2001. After the transfer of rail assets from LSMR to COC Limited in 2009, trailer car 726 was purchased by COC Limited in 2014 as a replacement for 761. The set was restored by LSMR volunteers and the staff from the Lithgow Railway Workshops which conducts a commercial railway maintenance facility at the State Mine. In 2017 the set was leased to the Byron Bay Railway where it operates on a 3 kilometre stretch of track between Byron Bay and the Elements Resort. Prior to leaving Lithgow the rail motors in a world first move were converted to operate on Solar Power. 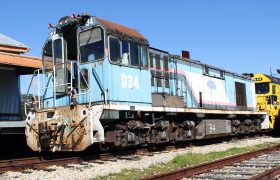 D34 is a 1950 HP English Electric diesel locomotive built in Rocklea Queensland in 1969 for Australian Iron & Steel’s, Port Kembla steelworks. It was the only one built in its class and was the largest locomotive operated by Australian Iron & Steel to haul coal trains from Kamira, Nebo and Wongawilli collieries to Port Kembla. After 20 plus years of sterling service the locomotive was side lined when Pacific National took over the rail operations within the works. COC Limited purchased D34 in April 2011 with a view to restoring it to an operational condition. 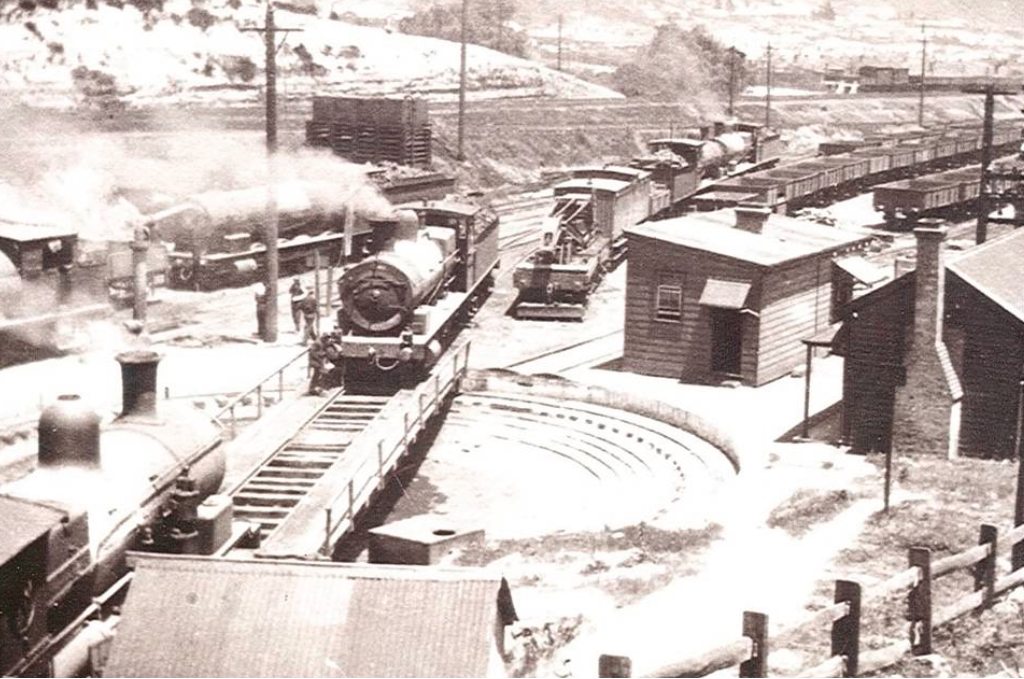 COC Limited trading under the business name of the Eskbank Rail Heritage Centre has a licence over the former Eskbank goods yard which contains the Station precinct in the western end and the former Eskbank Locomotive Depot in the eastern end together with the Lithgow State Mine branch. The Eskbank Station precinct will be restored and will serve as the starting point for tourist operations on the State Mine Branch Line. 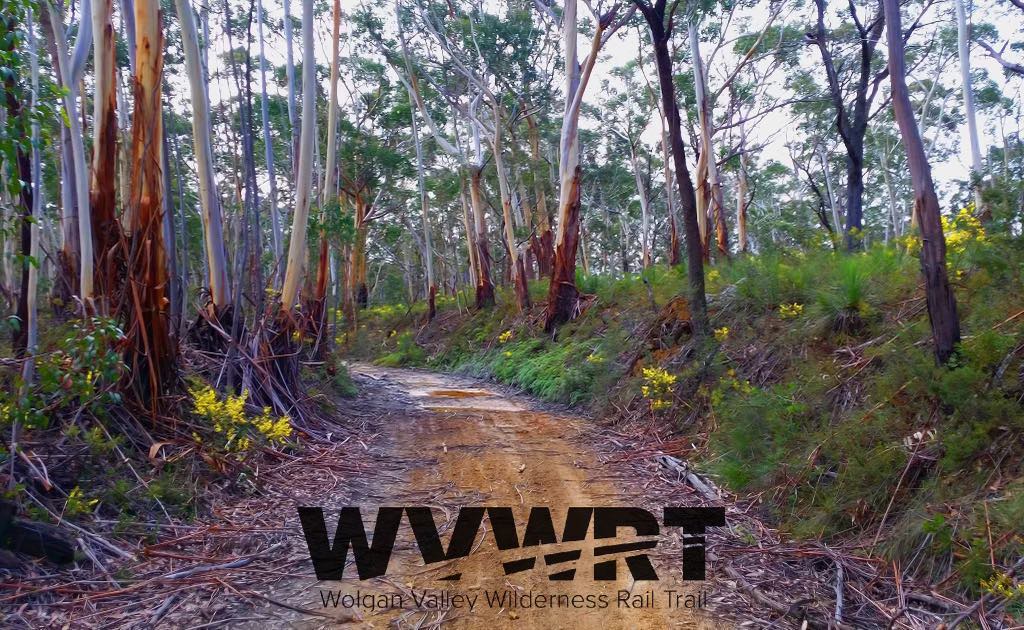 COC Limited in working with the government land managers (Department of Lands, Forrestry NSW and NSW Parks & Wildlife) is developing a Railtrail on the Newnes Plateau on the original rail corridor of the Wolgan Valley Railway built in 1906 which ran from Newnes Junction to the former shale oil works in the Wolgan Valley. COC Limited working under the trading name of the Wolgan Valley Wilderness Rail Trail has ten of the 53 kilometres that mades up the line currently under licence. Once completed the trail will allow for people to walk or ride bicycles the full length of the trail to Newnes.

Eskbank Yard and State Mine Branch 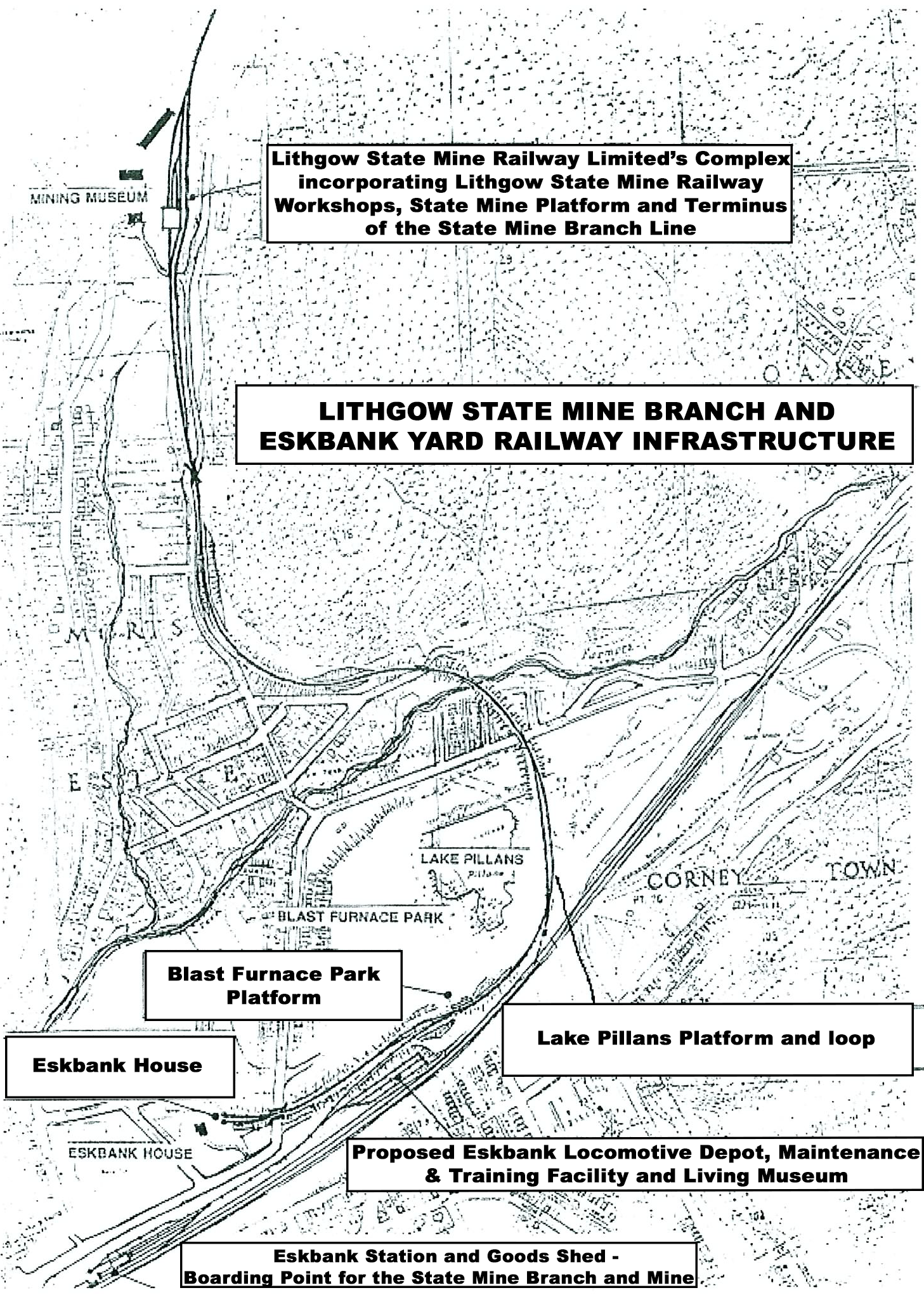 The Eskbank Yard and State Mine Branch have been held under 3 separate licence agreements by our organisation and affiliates (GLMM Inc and LSMR) from RailCorp (now Sydney Trains) since 1994, 1996 and 2006 respectively. All three Licences were amalgamated into one License Agreement in 2016 and issued to COC Limited trading as the Eskbank Rail Heritage Centre.

The State Mine branch was built in 1921 to connect the State owned Lithgow State Mine located in the State Mine gully with the with the main Western line. The branch was originally 2 kilometres in length and had a five track wide marshalling yard incorporated as part of the pit top workings to accommodate the coal wagons going to and coming from the mine. A shunting neck extended another half a kilometre further than the yard limits.

With the inclusion of the extension into the Eskbank Yard the State Mine branch is now a little under 3.5 kilometres in length and once refurbished will be the centre piece of a tourist railway showcasing Lithgow’s rich industrial heritage.

COC Limited can be confident with LSMR in its obligations in demonstrating the effective management of rail safety, asset integrity and statutory compliance as a registered Rail Infrastructure Manager (RIM) under rail safety national law through engaging the application of the Lycopodium RIMS processes. 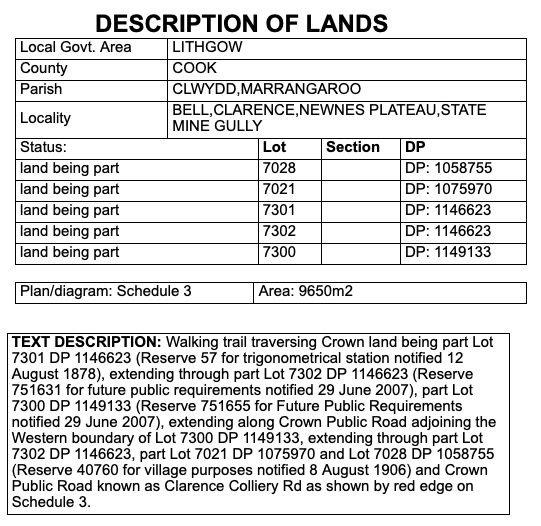 COC Limited, trading as the Wolgan Valley Wilderness Rail Trail (WVWRT) has been working towards developing a walking and cycling track on the former Wolgan Valley railway formation since 2014. The Wolgan Valley Railway ran from Newnes Junction on the main western railway into the majestic Wolgan Valley a distance of 53 kilometres. The railway traversed some of the most difficult terrain across the Newnes Plateau requiring sections of 1 in 25 grades and the construction of two tunnels taking a work force of 1100 men and some 14 months to reach Newnes where the Commonwealth Oil Corporation Limited established its massive oil shale works at the turn of the last century. The company was also responsible for constructing the Coach Road from Clarence Station to Newnes years before the railway was established.

COC Limited which takes its name from the original company (Commonwealth Oil Corporation Limited) has been working with the three land managers who currently administer the area that the former railway was built on. These include the Department of Lands, the Forestry Corporation of NSW and NSW Parks & Wildlife, all of whom are very supportive of the project. In 2016 the first Licence Agreement was signed with the Department of Lands to secure an access track and the remainder of the Wolgan Valley railway formation which was not included in a sand mining lease and borders land owned be the Forestry Corporation. 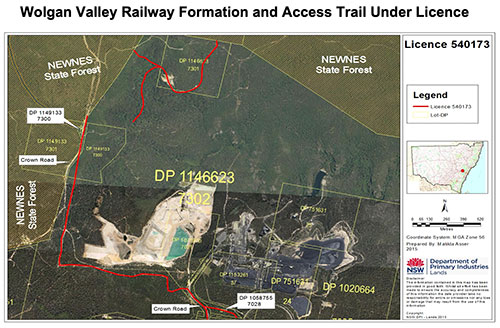 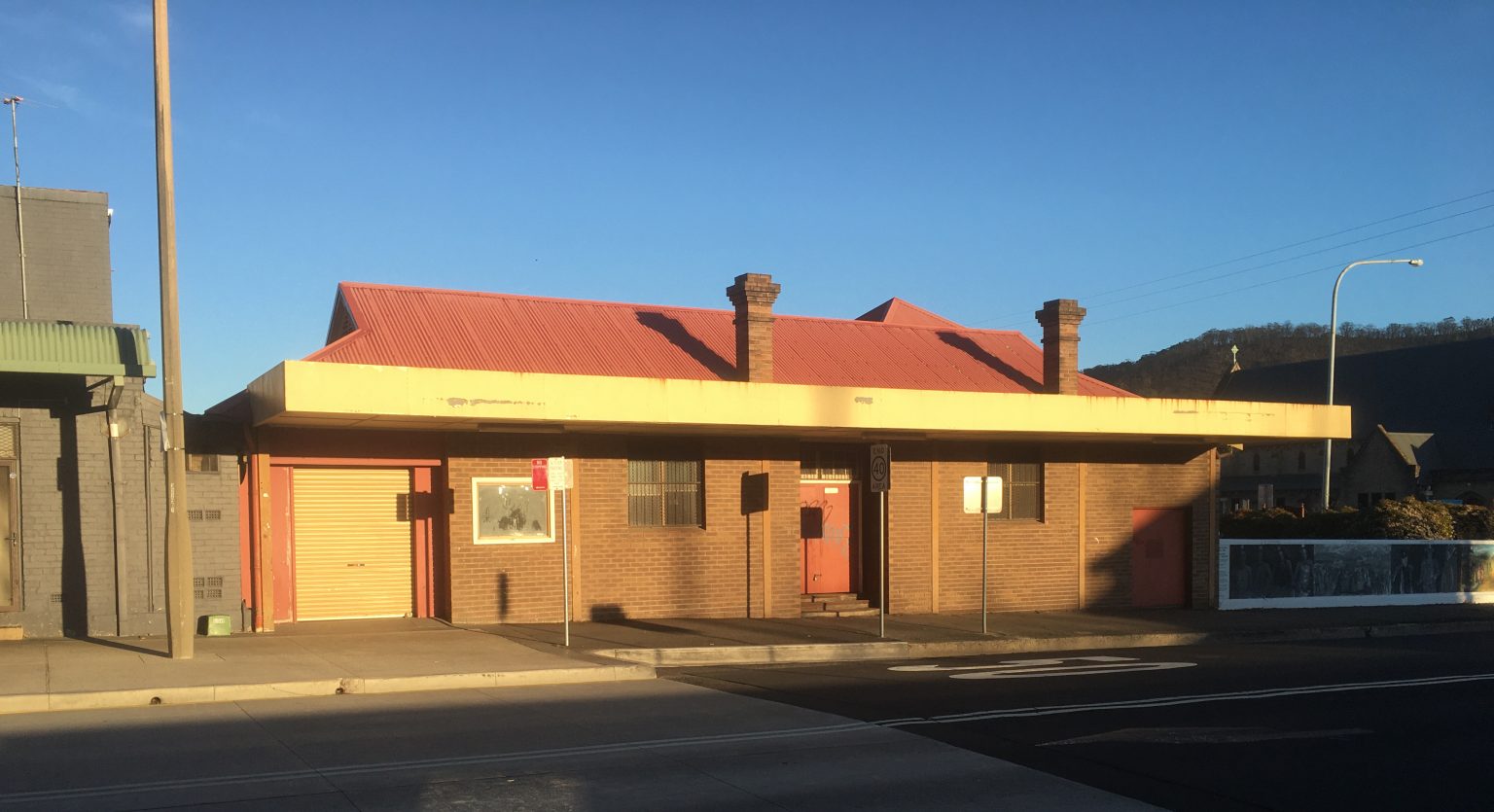 COC Limited has a licence to occupy the heritage listed former Lithgow Booking and Parcels Office which is being restored and serve as a headquarters for COC Limited and a shop front for LSMR tourist rail operations. 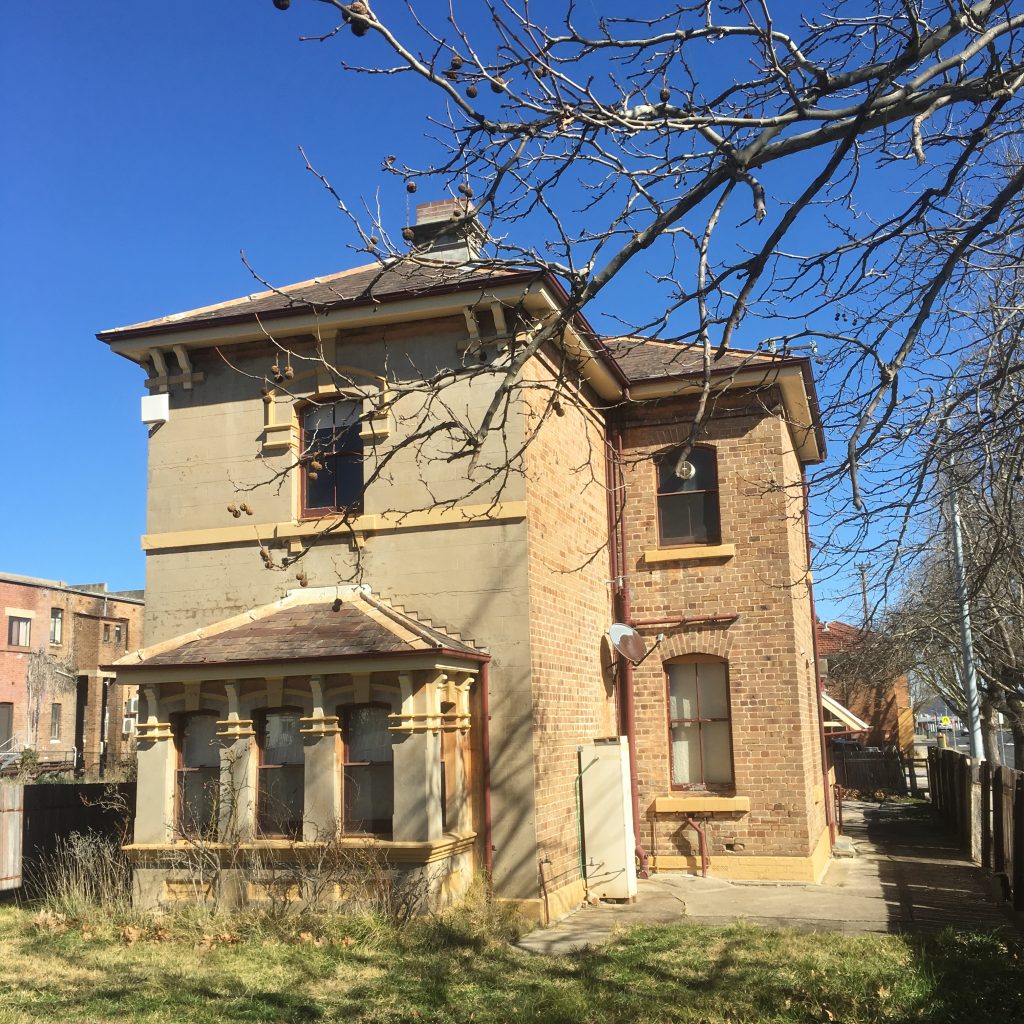 COC Limited has had a licence over the former Eskbank Station Masters Residence in Railway Parade since 2006. In that time it has undertaken extensive restoration, painting and upgrade works including new carpets throughout to bring the building  to life again. It is currently used to accommodate our volunteers who work on the tourist railway. 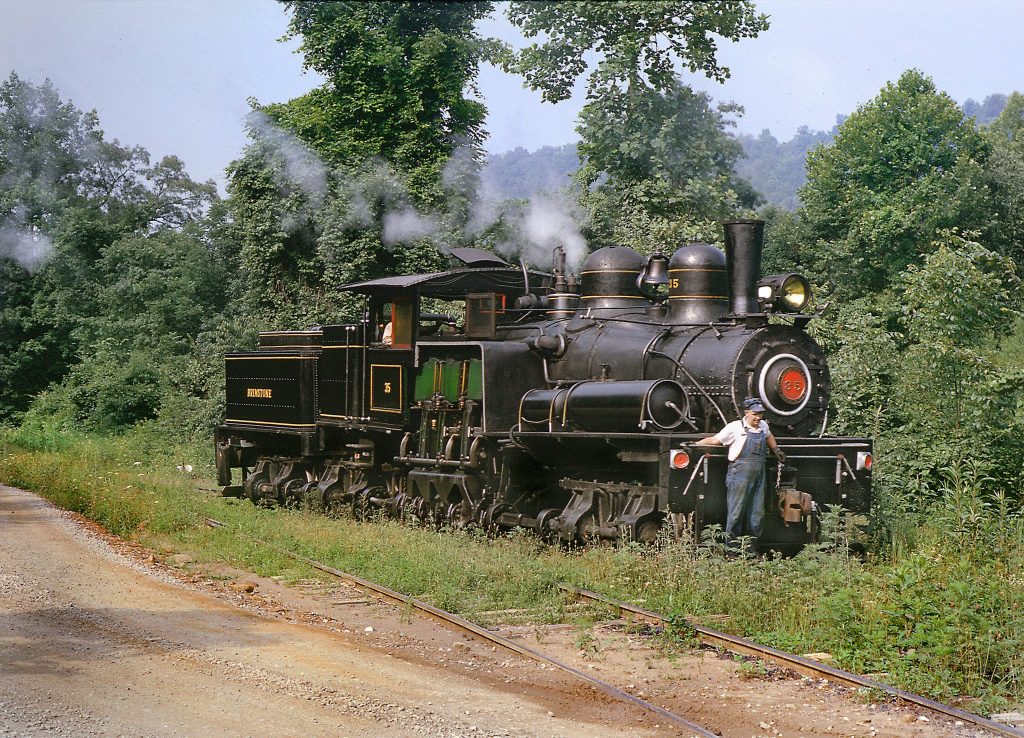 COC Limited has tracked down and facilitated the purchase of a 70 Ton 3 Truck Lima Shay locomotive which will serve as the centre piece of an operational display dedicated to the efforts of the Commonwealth Oil Corporation Limited from whom we take the name that built the massive oil shale works in Newnes at the turn of the last century. The locomotive is identical to two of the shay locomotives that were operated  by the Company to haul products out of the Wolgan valley.

Links to Our Sister Companies

Lithgow State Mine Railway Ltd (LSMR) a sister company to COC Limited is an accredited rolling stock operator in NSW (pending final sign off in a few months) and will operate a tourist rail service on the former Lithgow State Mine branch line which is 3km in length to showcase Lithgow’s industrial heritage of coal mining, iron, steel and heavy industry as well as railways. LSMR who also has a volunteer base will resume regular tourist trips on the main western line to local destinations such as Tarana and Kandos/Rylstone. 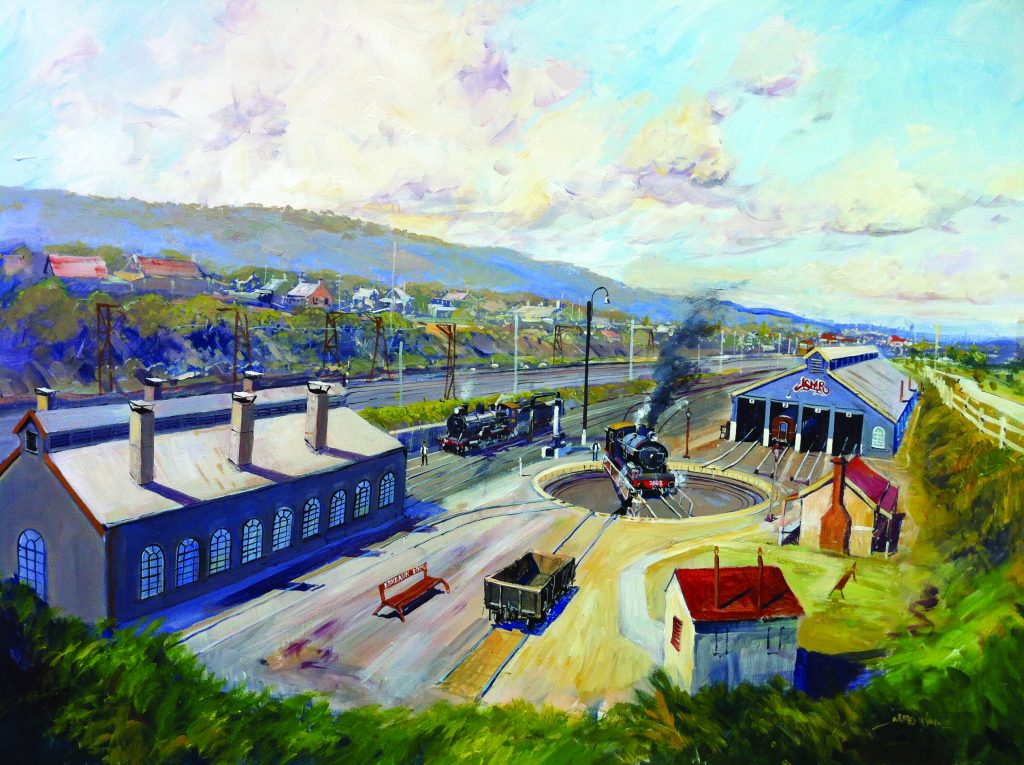 The Eskbank Locomotive Depot Museum (a sister company to COC Limited) has developed plans to establish a workshop, restoration and training facility on the site of the former Eskbank Locomotive Depot in the Eskbank yard which is under licence to COC limited. The development will serve as ‘living museum ”and working base for Lithgow State Mine Railway as well as a museum and display centre forlocomotives and rolling stock.